Faculty of Philology, Depart. of Pragmatics, University of Lodz (Poland)

The University of Lodz, established in 1945, is one of the leading institutions of higher education in Poland. Its 12 faculties provide programmes in 70 fields of study and 182 specializations. In addition, the University offers doctoral programmes, more than 70 postgraduate curricula including an MBA programme and programmes financed by the ESF. Our students, together with those studying in Lodz within exchange programmes, come from about 80 different countries. 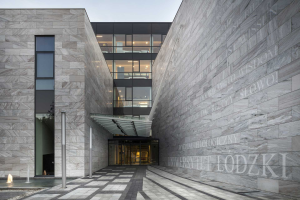 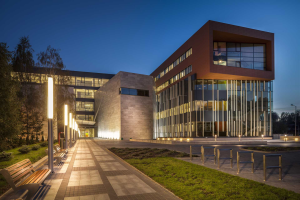 Approximately 40,000 students attend classes at different faculties of the University. They are taught by over 2000 academic teachers, 580 of whom bear the highest academic rank. The Faculty of Philology (until 1952 Faculty of Humanities) was also established in 1945 and is the second biggest faculty among faculties at the University of Lodz. It comprises 5 institutes and 35 departments, hosting approximately 4500 students and 300 full-time academic staff.

The Department of Pragmatics (est. 2005, head: prof. Piotr Cap) is committed to the perception of pragmatics as a functional, i.e. cognitive, social and cultural, perspective on all aspects of language and communication.  The Department has participated in EU research and didactic projects (e.g. LLP DysTEFL, SILCC

The DysTEFL – Dyslexia for Teachers of English as a Foreign Language project, coordinated by Joanna Nijakowska and Marcin Podogrocki received the European Language Label 2014 award. The European Language Label is awarded to local, regional, and national projects that have found creative ways to improve the quality of language teaching, motivate students, make the best use of available resources to diversify the languages on offer, and other innovative initiatives 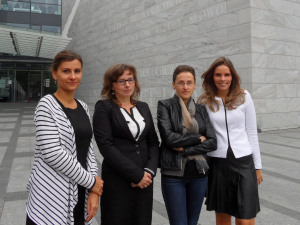 The project is also the ELTons 2014 winner of the award for excellence in course innovation. This international award recognises innovation in the complete course packages which publishers produce for EFL or ESL learners of any age

. Recently, a new educational project, entitled DysTEFL2 – Dyslexia for Teachers of English as a Foreign Language

(project with multiple beneficiaries; project number: 2014-1-PL01-KA200-003578; realisation time: 2014-2016), has been launched at the University of Łódź under the Erasmus+ Programme, Key action 2: Strategic partnership; Cooperation for innovation and the exchange of good practices. The project is coordinated by Joanna Nijakowska and Marcin Podogrocki.

) editorships, as well as service on boards of scientific organizations (International Pragmatics Association

, European Consortium in the Humanities).

), as well as host organizer of international congresses (CADAAD-2010

In 2008, members of the Department launched Polish Pragmatics Association

. In 2012, following our initiative, the Senate of the University of Łódź conferred the UŁ honoris causa degree on Professor John Searle (UC Berkeley), one of the greatest contemporary intellectuals and a founding father of the discipline of Pragmatics. Our members have been winners of prestigious research awards (e.g. prize of the Polish Academy of Sciences) and international fellowships (awarded by the Polish-US Fulbright Foundation, the Humboldt Foundation, the US Department of State, Kościuszko Foundation).